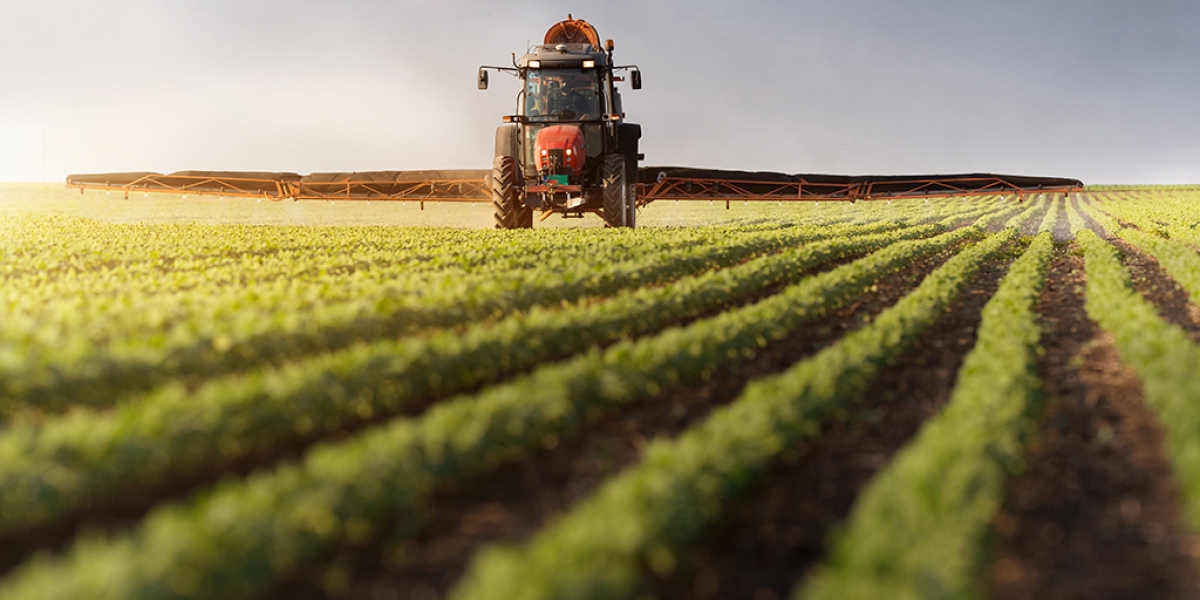 On December 27, 2020, President Trump signed into law a $908 billion relief package. The legislation includes a very favorable update to the Paycheck Protection Program (PPP) for farmers and ranchers and also provides the U.S. Small Business Administration (SBA) with an additional $284 billion for PPP loans, $20 billion for Economic Injury Disaster Loan (EIDL) grants, and $11 billion to the U.S. Department of Agriculture.

Previously, under SBA rules, farmers’ participation in the PPP was based on 2019 net farm profits (or losses), reported on IRS form Schedule F, Profit or Loss from Farming. Based on 2017 IRS data, 37 percent of self-employed farmers would have not received a loan from the PPP because of reported net losses in the prior year. 2019 also was not a good year for self-employed farmers and ranchers due to devastating natural disasters and trade wars. As a result, many farmers and ranchers may not have applied for a PPP loan or received a small loan due to low or negative 2019 profits.

The new legislation would help farmers and ranchers by allowing them to use their 2019 Schedule F gross income(up to $100,000) when calculating their PPP loan, rather than their 2019 net income. The bill also would allow farmers and ranchers who received a PPP loan using their 2019 net income to recalculate their loan award using 2019 gross income if it would result in a larger loan amount. Lenders may recalculate loans that have not been previously approved if they would result in a larger loan.

This only applies to PPP loans that have not been forgiven.

Existing PPP loan caps still apply. A loan is limited to 2.5 months of average monthly payroll with a $100,000 annual gross income cap. So, a farmer or rancher with no employees could get a $20,833 loan if the gross receipts on the Schedule F for 2019 were $100,000 or greater, regardless of what the expenses were. If the farmer had employees, the loan amount would be increased by the same 2.5 months of the average monthly payroll for 2019.

In May, the SBA issued an Interim Final Rule that allowed a borrower to request a supplemental loan if, after the time of application, regulations were issued that would have increased the loan amount it could have received. To be eligible, the lender could not have submitted Form 1502, which confirmed to the SBA the borrower and the loan amount. The legislation removes the 1502 requirement and allows the supplemental requests in all cases that the loan amount would have changed due to the new rules.

Second draw loans are targeted at hard-hit businesses that employ 300 or fewer employees and that have used or will use the full amount of their first PPP loan. Eligible entities must be businesses, certain nonprofit organizations, housing cooperatives, veterans’ organizations, tribal business concerns, eligible self-employed individuals, sole proprietors, independent contractors, or small agricultural cooperatives. Publicly traded companies will not qualify. The maximum loan under this program is $2 million, based on two-and-a-half months of average annual payroll (three-and-a-half months for NAICS Code 72 entities—generally hotels and restaurants). The measurement period for the payroll can either be calendar-year 2019 or the one-year period before the date the second draw loan is made.

Borrowers must show a 25 percent decline in revenue in the first, second, or third quarter in 2020 as compared to the same quarter in 2019 (if the loan application is after December 31, 2020, then a fourth quarter comparison may be used as well). There are special comparison rules for entities not in existence for all of 2019. The same waiver of affiliation rules that applied to the initial PPP loans will apply to the second draw PPP loans. Similarly, the existing PPP loan caps still apply. A loan is limited to 2.5 months of average monthly payroll with a $100,000 annual gross income cap. So, a farmer or rancher with no employees could get a $20,833 loan if the gross receipts on the Schedule F for 2019 were $100,000 or greater, regardless of what the expenses were. If the farmer had employees, the loan amount would be increased by the same 2.5 months of the average monthly payroll for 2019.

The forgiveness of the second draw loans follows the rules in the first round of loans, including the various reduction provisions. The revised covered period definition as noted above also applies to the second draw loans. The covered period would, therefore, be any time period selected by the borrower that is more than eight weeks from the date of deposit but not greater than 24 weeks from such time.

The Coronavirus Aid, Relief, and Economic Security Act created a $20 billion EIDL advance program through which small businesses that applied for an EIDL loan also could apply for a $10,000 cash grant whether or not they got the actual loan. The program was popular, and funds ran out by July 11, 2020. The SBA received 10.1 million applications and approved 5.8 million for a total of $20 billion, or an average of $3,500 per advance. The new legislation provides an additional $20 billion for this program. Other program changes include:

The Farm Credit System (FCS) institutions were eligible to issue PPP loans when the program was first announced in March 2020; however, initial confusion about agricultural eligibility and system issues forced farmers and ranchers to apply for PPP loans at community banks that already had experience processing SBA loans. Only 54 FCS institutions issued PPP loans compared to 3,570 non-FCS financial institutions with assets under $1 billion. The FCS made 14,115 loans totaling $1.2 billion out of the 129,258 loans totaling $7.6 billion of PPP loans made to the agricultural sector. The new legislation eases the FCS capital requirements for PPP lending, consistent with relief provided to community banks. This applies to any loans made before, on, or after enactment, including forgiveness of the loan.

The legislation also allocated an additional $11.2 billion to the U.S. Department of Agriculture to prevent, prepare for, and respond to coronavirus by providing support to agricultural producers, growers, and processors. Specific allocations include:

BKD will continue to follow this developing situation. As with most topics related to COVID-19, changes are being made rapidly. Please note that this information is current as of the date of publication. Visit BKD’s COVID-19 Resource Center to learn more. If you have questions about these changes, contact your BKD Trusted Advisor™ today.