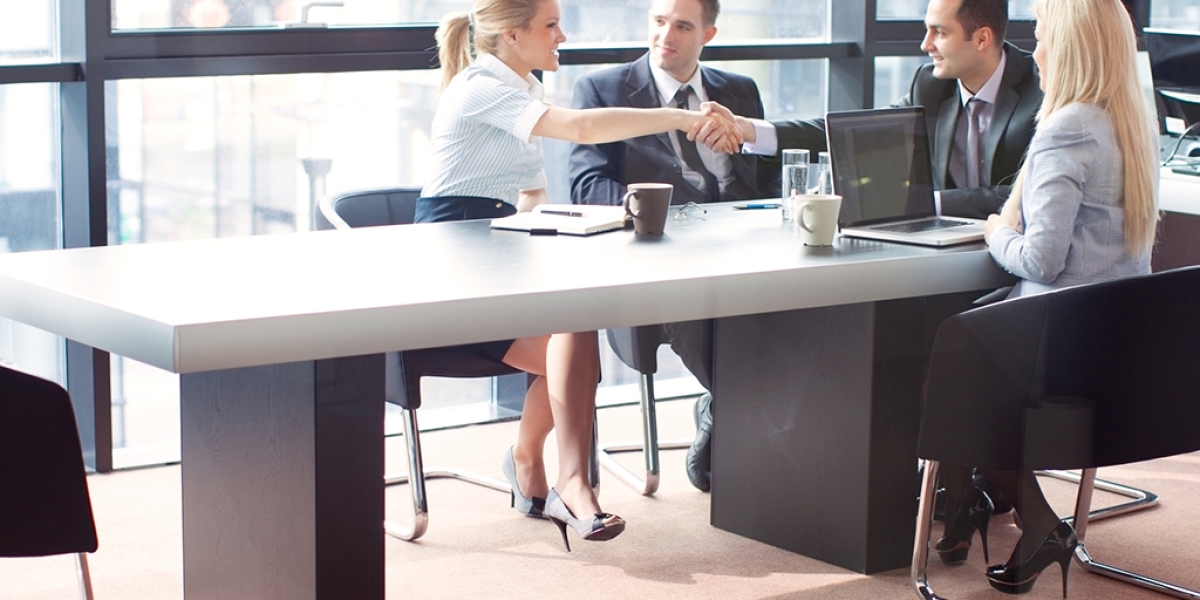 Business negotiations bring with them a highly complex set of issues, challenges, and contradictions. How do you listen to someone when they may be trying to take something from you, and you want to convince them of your position? Does talking really do any good in negotiations? What happens when you face an impasse over a truly important issue? How do you both get—and give—to reach a win-win solution without leaving something significant on the table?

These are challenging questions that often come without crystal-clear answers. However, we have found through many years of challenging and complex negotiations that strategic dialogue, creative impasse navigation, and problem resolution are critical factors in many successful negotiations of complicated business issues.

Once notes are taken, documents reviewed, and strategies set, negotiators are often focused on what they should say and how they will come across when they choose and express their communication path.

However, engaging in strategic dialogue is an often-overlooked key to successful negotiations, particularly around difficult issues. In these circumstances, focusing the conversation on key items can be highly effective. Asking deliberate questions, digging deeper with thoughtful follow-on questions, and carefully listening to the other side’s responses and concerns are valuable allies. Truly listening is key here, as it can be tempting to jump in with a high-impact statement or cut to the chase. However, that moment of silence that some might take as a cue to jump in may just be the point that the other side is getting ready to share something of significance. Many skillful negotiators are often willing to let the silence sit for a moment longer than most are comfortable with, which can lead to uncovering new common ground.

We faced a difficult challenge in a negotiation recently when the buyer declined to take on a large liability that our client believed should transition with the business operations. In discussing this matter with the buyer, we found that the buyer’s board was not focused on avoiding the liability completely, but it was committed to limiting its potential risks to a specific dollar amount. We also learned that the buyer’s desired dollar limit on this liability was well above the level the seller believed the exposure was likely to reach. We proposed that the buyer accept 100 percent of the liability up to a specific amount, and then the balance over that limit would revert to the seller. This allowed the deal to move forward while virtually eliminating the seller’s risk regarding this liability.

Asking careful questions and actively listening allowed us to uncover areas of common ground, and keep the parties moving forward to the next step.

A good practice might be to ask this question: “Is there anything else that might be helpful for me to know, and have I given these talks enough time to truly uncover new middle ground?”

Creative Impasse Navigation: Prioritize What Can Be Changed & Agreed to, While Keeping Non-Negotiables Intact

Impasses can come from many different areas in business negotiations. Often, gating issues (issues you feel need to be resolved before proceeding) are not even the most high-value issues in a transaction. However, impasses over complex issues are rarely resolved by one party completely caving. If negotiations have reached an impasse for one reason or another, take stock of the true non-negotiables and look for areas where there may be some flexibility on both sides.

As negotiators look for areas of flexibility, understand many items that appear to be inflexible can often have components with significant flexibility. For example, price often appears to be inflexible, and changing the price may well be a gating issue. However, the form of payment could transition to an earnout or seller note, with further negotiated terms that could offer significant opportunities for flexibility and commonality. The timing of the payment of the agreed-upon price also may have elasticity. A larger upfront payment, a back-weighted payout, or different payment streams may allow the parties to move forward with a transaction, even when the purchase price does not change. Alternatively, the assets and liabilities transferred as part of the transaction could change, leaving the headline purchase price unchanged but moving some of the value to retained assets such as facilities with market leases.

Parties also may move around the gating issue for a while as they work on other portions of the agreement and continue to move forward in good faith. The impasse must be dealt with, of course, but building on areas of common ground and agreement may open alternative paths that might, ultimately, smooth negotiations through the gating issue.

We faced a problematic situation a few months ago when a buyer required a material escrow amount around one specific issue that had significant perceived risk to the buyer. This initially appeared to be a gating issue for the seller that could have doomed the transaction. However, we left that issue to the side temporarily and finished negotiations on the other outstanding items to both parties’ satisfaction. In revisiting that escrow issue, the buyer expressed that the amount of the escrow was non-negotiable for them. However, the seller was not really concerned about the risk around this issue and was confident all their money would be released from escrow. The gating issue for the seller was the long period of time their money would be tied up in escrow. We were able to shorten the escrow term, change the payout schedule of the money held in escrow, and negotiate an interest rate on the money in escrow that was advantageous to the seller. In the end, the amount of the escrow did not change from the initial proposal, but virtually everything else around the escrow was negotiated to the seller’s satisfaction and benefit.

As we navigated around the impasse and kept looking for areas of flexibility, we were ultimately able to move past the gating issue and find a resolution that was satisfactory to both parties.

Another question: “Where are there areas of flexibility around this apparent impasse, and what areas might bring real value if I were able to find that flexibility?”

Often, in the middle of tense, complicated negotiations, the actual problem the two parties were trying to solve or negotiate gets lost and the parties start to focus on winning. This often leads to catastrophic outcomes. Resolving an issue in a way that allows both parties to advance toward a mutually agreed-upon goal is a win. However, there are many ways a party can win that do little to resolve the actual problem and instead damage the negotiations and imperil the very goals the parties were mutually pursuing.

We faced a challenging situation with a buyer who felt that because they were the stronger, surviving entity, they should get the final say on every issue and win every negotiation. At first, we worked with our client to game out negotiations so that the buyer would get the win and we would be able to resolve the issue. But even with issues getting acceptably resolved in most cases, the seller came to the point that they were no longer willing to give away every point to just get along. We started demanding fair resolution of the problems that came up, and the deal was soon dead. The seller turned back to the second highest bidder and got a favorable, market deal done in short order.

Sometimes, resolving an issue acceptably can feel like somewhat of a loss, as the resolution likely required some sacrifice from both parties. However, just because a party gave up something of value to them or the problem was resolved in a different way than that party had initially envisioned, does not mean that they lost and the other side won.

A favorable resolution to a problem is a win. Alternatively, a win may well be a loss. A loss is most definitely a loss.

One final question: “If an independent party knew the problem I was trying to solve, would they agree with my approach?”

If you would like more information regarding navigating highly complex issues in mergers and acquisitions, please contact your BKD Trusted Advisor™ or submit the Contact Us form below. Explore our Investment Banking Services page for additional solutions.

FORVIS Capital Advisors analyzed recent merger and acquisition trends for the banking industry and compiled key statistics. Get insights on…

FORVIS Capital Advisors analyzed recent merger and acquisition trends for the banking industry and compiled key statistics. Get insights on…

It is no secret that 2021 was an historic year for mergers and acquisitions (M&A). Harvard Law School Forum on Corporate Governance…