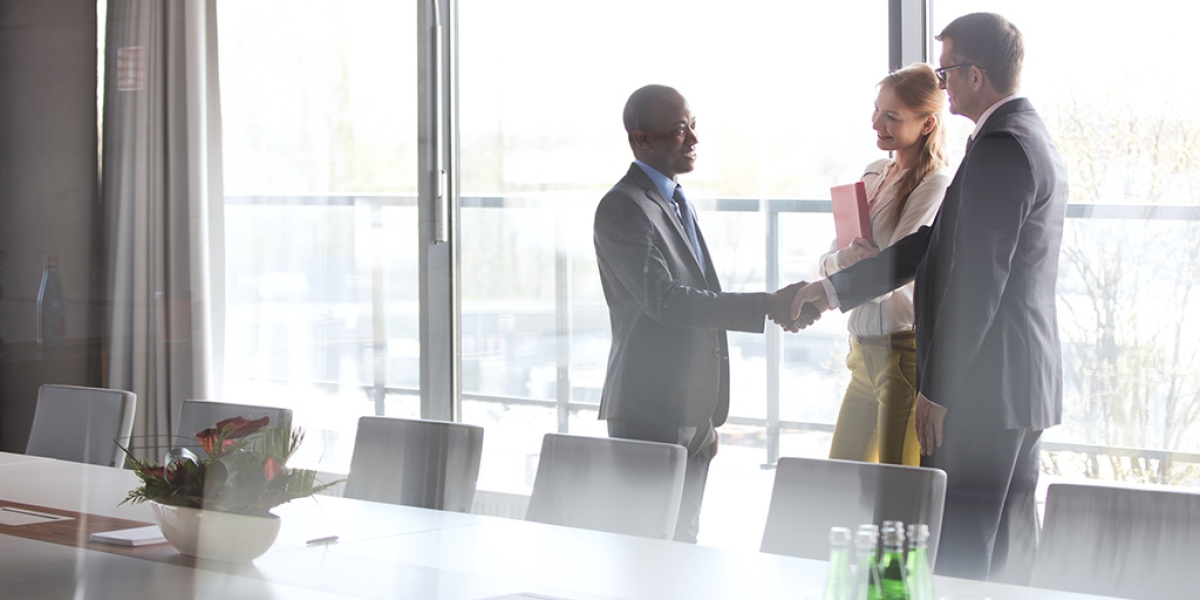 Although many of us were probably taking much-deserved vacations, NAIC-related activity continued in June. It was an important month for finalizing instructions and establishing new factors for the risk-based capital formulas, as both are supposed to be in place by the end of June. However, that wasn’t the only activity that took place.

The various IP groups were quite active in June, discussing a variety of different projects, including the ones listed below.

The June 3 meeting began with a review of received comment letters on the proposed instructions for the recently adopted C2 Mortality Risk LRBC reporting format change. Based on comments received and its own additional work, the American Academy of Actuaries’ (Academy) C2 Mortality group had made some revisions to the instructions, with other changes being agreed to during the meeting. A new version of the instructions was released on June 6 (and updated on June 9), with a comment deadline of June 15. The Working Group then adopted clarifying instructions on the handling of residual tranches, based on revisions recently made to annual statement reporting. The final order of business was the exposure of a proposal that would change the handling of affiliated investments in the formula for a 45-day comment period ending July 20. This is the same proposal that had previously been released for comment by the Property and Health RBC Working Group, as the goal is to have uniform reporting between all of the formulas.

On June 17, the entire meeting was dedicated to adopting instructions and new factors for the C2 Risk. Reporting format changes had been previously adopted. Both the instructions and the factors had been revised and then re-exposed during a June 2 meeting. Comment letters received which were, in general, critical of some of the factor changes were reviewed and then discussed. The result was three different options considered by the Working Group. Instructions and factors were then adopted. A three-year phase in period for the factors for the individual and industrial life insurance included in Line (13), Total Life Policies with Pricing Flexibility Net Amount at Risk, also was adopted. (See further action on this last item in the Capital Adequacy Task Force summary.)

The Working Group began the meeting by hearing a summary of revised guidelines found in the International Association of Insurance Supervisors’ (IAIS) Common Framework for Internationally Active Insurance Groups (ComFrame) being incorporated into the Examiners Handbook. Since the current U.S. examination process focuses on legal entities rather than all companies in a group, most of the suggested revisions indicate ComFrame guidelines that might be different when looking at a group of companies. A new section, Coordinated Examinations of Internationally Active Insurance Groups, was among the revisions. The discussion then moved to proposed revisions to the Own Risk and Solvency Assessment (ORSA) Guidance Manual, which would incorporate additions from the IAIS as well as some new elements suggested by state regulators. The enhancements include treatment and disclosure of liquidity and business strategies (for all companies preparing an ORSA) and topics to be considered under ComFrame for the supervision of internationally active insurance groups. While drafting changes to both documents, care was taken to make sure both, as well as work being done on the Financial Analysis Handbook, were synchronized and consistent. Both sets of revisions were exposed for a 30-day comment period, ending July 8, along with a third exposure of the Financial Analysis Handbook, to ensure all three publications will be consistent. The goal is to have all adopted during the NAIC’s Summer National Meeting to be effective 2023. The meeting ended with an update on IAIS group-related activities.

The June 7 meeting was meant to finalize the Line 1 factors in the Underwriting Risk for 2022. When originally exposed for comment, the group had indicated an anomaly in calculating the factor for the International line of business and had provided a possible alternative method of calculation for use in 2022. Those submitting comments were asked to indicate which methodology should be used. After discussion during this meeting, the Working Group agreed to re-expose the factors for an additional 10-day comment period, ending June 16.

On June 24, via an email vote, the Working Group adopted the original calculated factors, noting the International factor does not have a material impact for most companies.

The first item of business during the June 9 meeting was to receive a memo from the Financial Conditions (E) Committee (E Committee). The memo expressed concern over the nearly 15-year downward trend of interest rates and the corresponding pressure put on the insurance industry to maximize their yield from debt instruments. The E Committee indicated it was aware and encourages and supports various projects being conducted by NAIC committees, including the VOSTF, toward addressing increased risks industry may take to try to maximize its investment returns. There were no comments from regulators or IPs.

The Securities Valuation Office (SVO) then reviewed its proposal to add market-data fields for bond investments to statement reporting beginning year-end 2023. Since the proposal had previously been exposed for comment, each submitting party was given an opportunity to quickly summarize their comments. Overall, the comment letters questioned the goal of collecting the information, the increased operations needed by both industry and regulators to collect the data, and whether the financial statements were the best resource to use to obtain the information. The Task Force chair appeared to agree that other resources should be considered and indicated the SVO should take a step back and consider some of the already available information and resources. As the next steps for this project, the SVO, regulators, and industry will continue to have conversations.

Next on the agenda was a proposed revision to the Purposes and Procedures Manual of the NAIC Investment Analysis Office (P&P Manual). This set of revisions would clarify that the SVO can still assign an NAIC designation to an investment it feels is not eligible for reporting on Schedule D or Schedule BA. In other words, the assigning of a designation by the SVO does not necessarily mean the investment can be reported on Schedule D or Schedule BA. In addition, the SVO may notify state regulators of its opinion regarding reporting. The proposal was exposed for a 30-day comment period, ending July 9.

Another exposed set of P&P Manual revisions would provide for additional price points needed for the valuation of residential mortgage-backed securities (RMBS) and commercial mortgage-backed securities (CMBS). If adopted, the breakpoints would expand from six to 19, accommodating the use of both the NAIC designation and designation modifier. This proposal also was exposed for comment through July 9.

An Investment Analysis Office issue paper was then received and exposed for a 30-day comment period. Later, per industry request, the comment period was extended through July 15. The paper contains two recommendations: modeling of collateralized loan obligations and referral to the Capital Adequacy Task Force and the Risk-Based Capital (RBC) Investment Risk and Evaluation Working Group, requesting the addition of two new RBC factors addressing tail risk in any structured finance tranche. As part of these recommendations, new NAIC designation categories of 6A, 6B, and 6C would be added. Although the issue paper was exposed for comment, the SVO and Structured Securities Group (SSG) were instructed to move forward with drafting needed revisions to the P&P Manual.

The final business of the day was a presentation by the SSG explaining the addition of macroeconomics scenarios for both RMBS and CMBS modeling. Scenarios for both will be expanded from four to eight to better handle the 20 designation categories.

On June 29, via email, the Task Force released an additional paper for comment, with the comment period ending July 28. This latest document would update the definition of Principal Protected Securities in the P&P Manual.

The Subgroup heard a presentation from the International Society of Catastrophe Managers (ISCM), which is a networking group of catastrophe professionals. ISCM discussed its credentialing program, continuing education opportunities offered, and data resource available to its members on its website. It was announced that the NAIC had purchased some memberships for regulators. The discussion then moved on to the independent model review instructions in the Property RBC formula’s Rcat component. Further discussion will be scheduled for a future meeting. Attention then moved to deciding which catastrophe should be the next to be studied for possible Property RBC inclusion. Although nothing final was decided, it appears that convective storms will be next. A proposal to add wildfire peril to the annually produced catastrophe event listing beginning in 2022 was exposed for a 30-day comment period, ending July 13. The 2022 listing will include information from 2013 through 2021.

The purpose of this meeting was to consider the adoption of the NAIC List of Jurisdictions that Recognize and Accept the Group Capital Calculation. The Group Capital Calculation (GCC) filing requirement provides for an exemption for insurance holding company groups that are headquartered outside of the U.S., with some limited exceptions, if the groupwide supervisor recognizes and accepts the GCC for U.S. groups doing business in that jurisdiction. Accordingly, one of the charges of this Working Group is to identify and list those jurisdictions. Because of covered agreements already in place with the European Union (EU) and the United Kingdom (U.K.), all EU members and the U.K. are automatically on the list. Other jurisdictions on the listing at the current time are Bermuda, Japan, and Switzerland. It was noted during the discussion that under specific circumstances, U.S. regulators may require a GCC filing for just the U.S.-based business in a group, even if the group’s domiciliary jurisdiction is listed. The published listing will include any of these exceptions. The listing was adopted. The next step is to send the listing to the Financial Conditions (E) Committee for approval.

Since June 30 is the deadline for finalizing any needed remaining instructional and factor changes for the current year’s RBC calculations, that is exactly what was addressed during this meeting. The following items were adopted by the Task Force and will be incorporated into the appropriate RBC formula.

A comment is needed here on the unusual adoption of Proposal 2022-06-L. Originally, the Life RBC Working Group had adopted a three-year phase-in for some of the new factors. However, prior to the Task Force considering adoption, the proposal was amended to NOT include the three-year phase-in. As part of that discussion, industry expressed concern over the process that resulted in the factor recommendations, noting that material changes were made to the proposal as late as June (including during this meeting), not giving industry adequate time to assess the materiality of those changes.

The chair wrapped up the meeting noting that a proposal to revise the reporting of affiliated investments in all of the RBC formulas had been exposed by all of the various Working Groups. After all of the comment periods have ended, regulators will then regroup and review any comments received. The goal is to adopt one reporting format and corresponding factors for all of the RBC formulas. All the adopted proposals will be available shortly on the Task Force’s website.

Brush up on an SEC final rule with comprehensive changes to the mutual fund and ETF disclosure framework.

Brush up on new Rule 10D-1, which address standards for exchange-listed companies for the recovery of erroneously awarded compensation to…

On October 7, 2022, the SEC reopened the comment period for twelve recently issued proposals due to a technical glitch in its internet…