A Guide to the Upcoming Ethereum Merge 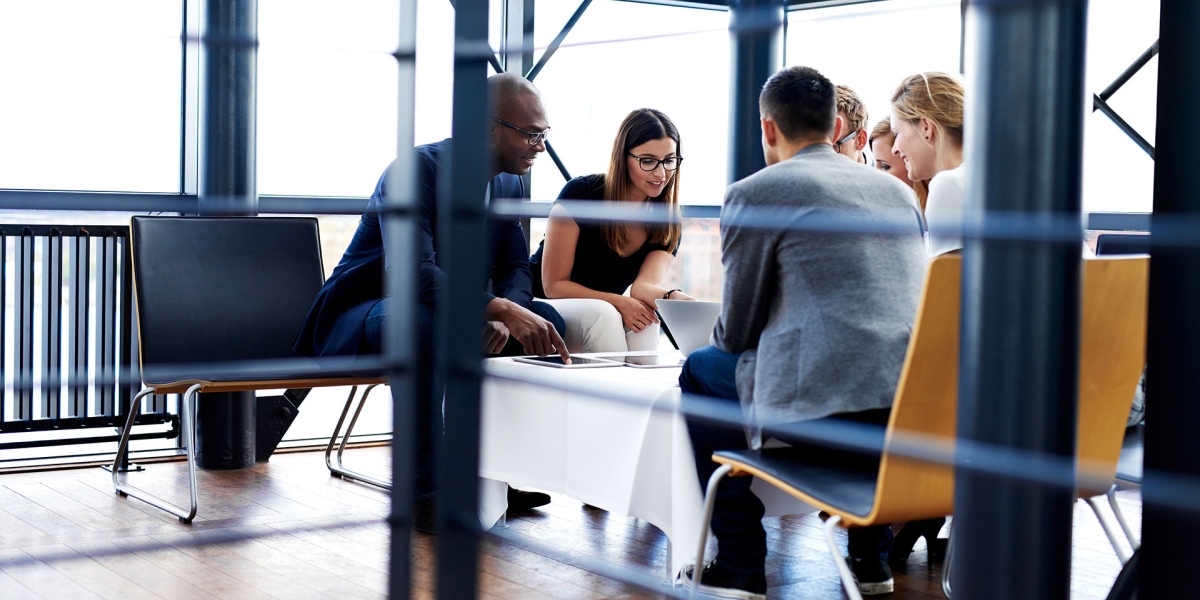 Bitcoin (BTC) has typically held the spotlight in conversations about cryptocurrency among family, friends, co-workers, and even the cashier at the grocery store. It’s the golden child of the digital asset world and has often been dubbed as “the future of money.” Among the top 10 cryptocurrencies, BTC holds an astounding 47.29% of the collective market cap (as of September 2, 2022).1 At this point, you might think, “I thought this was an article revolving around Ethereum (ETH) and ‘The Merge’?” It is, but to understand what Ethereum is and how it came to be, a quick background of ETH is necessary.

Looking at the graphic below, ETH is the number two cryptocurrency with over $123 billion more in market cap than the next highest non-stablecoin cryptocurrency and a 23.69% market share of the top 10 cryptocurrencies. ETH’s rise to prominence was a direct response to addressing the shortcomings of BTC. 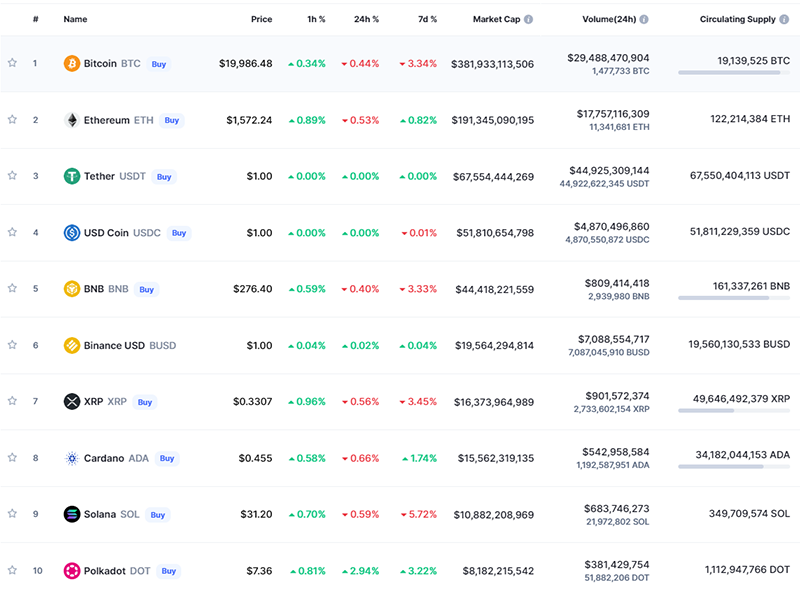 ETH is a smart contract blockchain that has different features and goals from other blockchains. ETH was not meant to be a direct competitor to BTC. Its blockchain’s appeal, aside from allowing users to engage in peer-to-peer transactions, is that it provides a wide array of services that include:

The main technology that sets the Ethereum blockchain apart from the rest is its built-in functionality of smart contracts. Smart contracts are software code, usually written with “if-then” statements between two or more parties. Let’s say a digital knight requests that a digital blacksmith forge five swords in exchange for 10 gold coins. When both parties agree on the stipulations of the contract, the knight’s 10 gold coins are locked up in the smart contract. If the blacksmith delivers the five swords within the stated deadline, the 10 gold coins are released to the blacksmith and swords to the knight. What makes smart contracts so unique is that once the contract is written, no one (including bad actors) can adjust the terms and the parties who agreed to the contract cannot back out. Below is a diagram that illustrates some of the benefits of smart contracts. 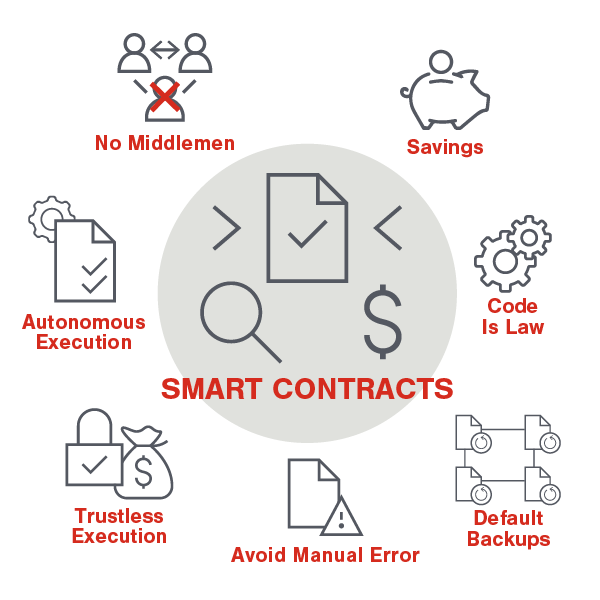 Since its inception in 2015, Ethereum has had incredible success. However, according to the vision of its developers, a few key upgrades are needed. The ETH merge, proof-of-work (PoW) to proof-of-stake (PoS), is the first upgrade necessary to reach its ultimate vision of scalability, security, and decentralization. 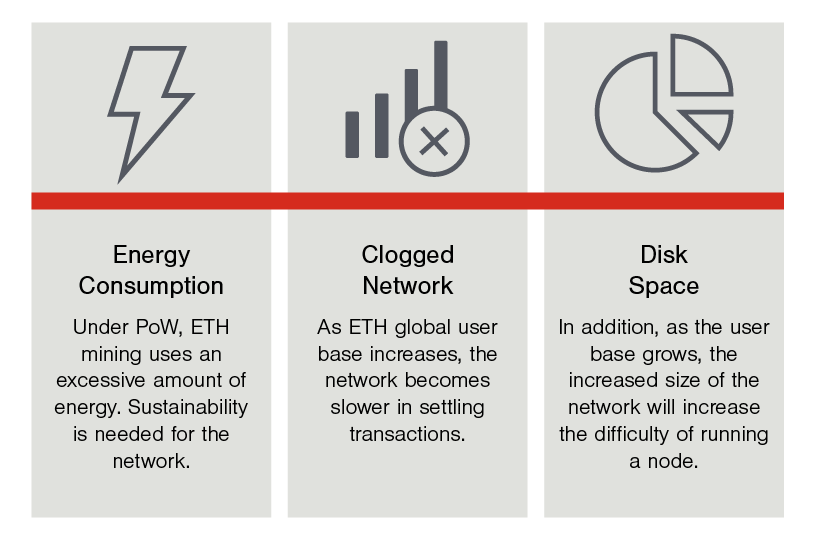 The ETH merge from PoW to PoS will solve the energy consumption component while also paving the way for additional upgrades to address the other two problems (clogged network and disk space).

Some will argue that ETH could solve all three problems in one upgrade through a centralized network upgrade. However, this defeats the purpose of a decentralized network, which ETH strives to be. If ETH were not decentralized in theory, the network would lack censorship resistance, openness, data privacy, and robust security. Decentralized scaling does come with its own set of challenges. Achieving the ultimate vision of scalability, security, and decentralization is known as the scalability trilemma. 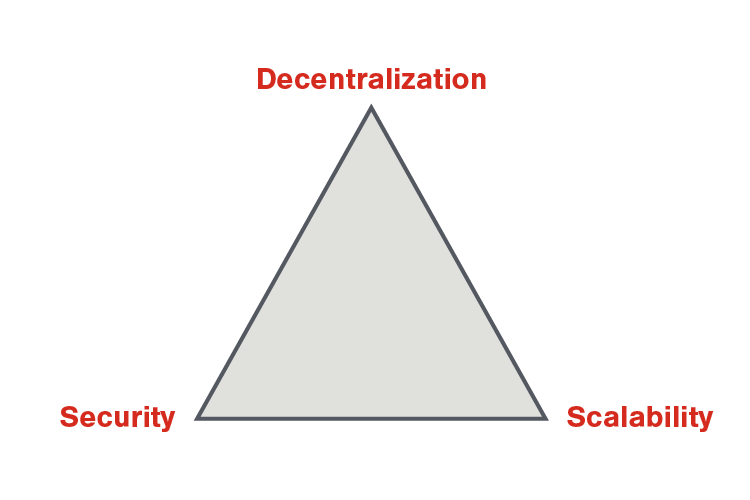 The scalability trilemma is used across the digital asset space. For the purposes of this article, it is important to note that the ETH network strives to achieve the scalability triangle in perfect harmony. The necessary steps the ETH network needs to take to get the scalability triangle right involve upgrades/updates in methodical phases starting with the ETH merge from the Mainnet (legacy blockchain) to the Beacon Chain PoS system (new blockchain). In summary, the ETH merge is a necessary step in paving the way for its vision and survival as one of the dominating smart contract networks.

What Is “The Merge?” 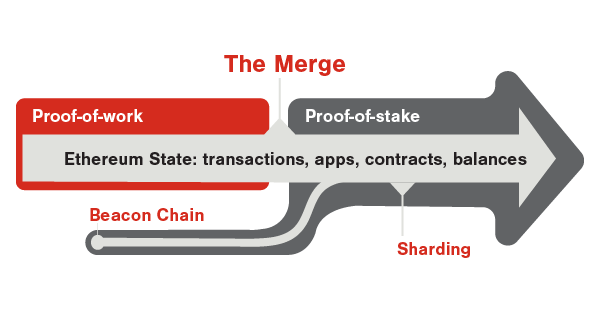 PoW was the first-ever consensus mechanism to be implemented in cryptocurrency, most notably used by BTC. PoW requires members of a network to expend effort solving a complex mathematical equation to prevent anyone from “gaming the system.” An ETH node can simply be described as a computer running the ETH client software. High-end hardware and a considerable amount of energy are needed to run these nodes profitably. Simply put, the better hardware the node is being run off of, the more “random guesses,” or attempts, a node can make. This gives those nodes an advantage in solving the equation and collecting the reward (described as “mining”). 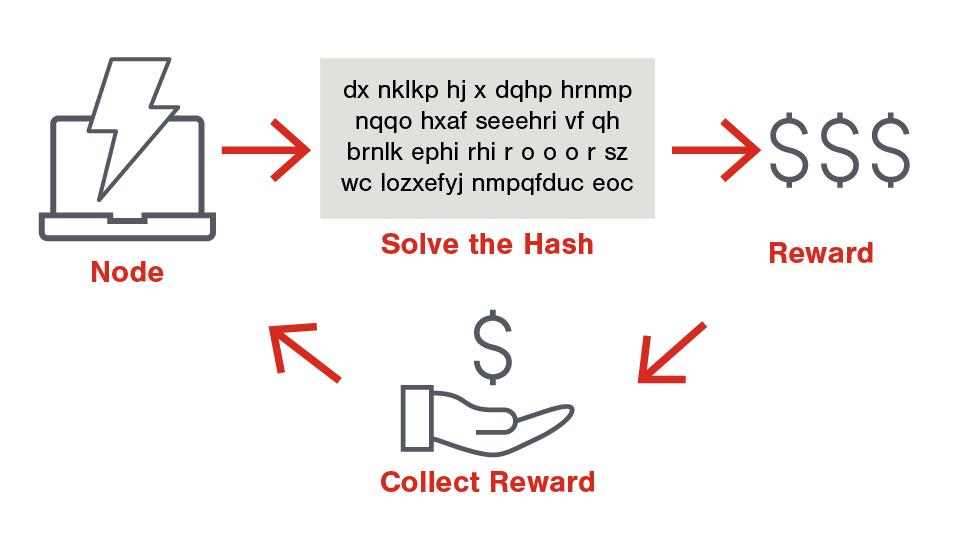 PoW allows the ETH network to agree on account balances and the order in which transactions take place. It also prevents users from double spending their coins and ensures the ETH chain is near impossible to manipulate.

Early developers of ETH recognized from the start that PoW will limit the blockchain on how effectively it will scale in the future. As decentralized finance (DeFi) protocols have increased in popularity on the blockchain, ETH has struggled to efficiently process transactions, thus significantly increasing trading (gas) fees. PoS replaces energy-consuming miners with capital-intensive validators and allows owners of ETH to stake coins and create their own validator nodes.

Staking occurs when a validator pledges their ETH to verify transactions. When pledged, the ETH is locked up and unavailable for transactional purposes. While staking ETH, validators are selected to create (or verify) the next “block” in the blockchain based on their stake. The more ETH staked, the better odds a validator has of being selected to validate transactions and collect rewards. To function as an independent validator, owning a minimum of 32 ETH is required. Validators will likely control a large part of a given network token but have financial incentives to secure the blockchain.

Being an independent validator is not the only way crypto owners can be rewarded for staking their hard-earned ETH and supporting the network’s ecosystem. Most do not have the capital required to obtain 32 ETH nor have any interest in becoming a validator. They can join a staking pool that combines a much smaller amount of ETH with other members in the pool to reach a combined 32 ETH. This will increase the chances of verifying a block and earning rewards, but rewards are shared proportionately among the pool. This method is a far more accessible avenue to the masses as anyone can join a staking pool with mere fractions of an ETH.

What Can We Expect from the Ethereum Merge? 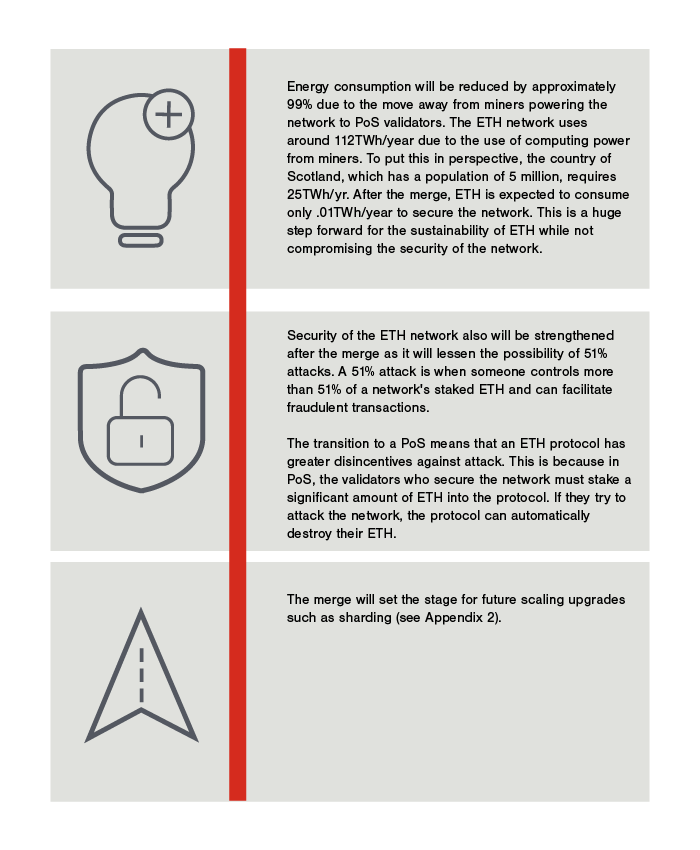 Once the merge is complete, additional upgrades are on the horizon.

The term layer 1 refers to the base layer of the blockchain. Think of it as the rails for the railway. Ethereum is currently a layer 1. However, since Ethereum is a layer 1 (rails), transactions are slow and expensive to the everyday user, especially since the network has grown exponentially since its creation.

Layer 2 refers to networks built on top of other blockchains. Think of layer 2 as the train to put on the rails (scalability). Layer 2 solutions will enable the ETH network to carry out faster and cheaper transactions for its users. As adoption and development grows for the ETH network, so will layer 2 upgrades. For now, the ETH merge is laying down the rails for layer 2.

Sharding is a scalability solution and the next step for Ethereum’s vision. Sharding is the process of splitting the database horizontally to spread the load. This is a common concept in computer science. In layman’s terms, the sharding upgrade will significantly reduce network congestion and result in faster transaction speeds. If successfully implemented, sharding will work synergistically between ETH and layer 2 networks to share the transaction load and increase the speed of network transactions.

If you have any questions or need assistance, please reach out to a technologies professional at FORVIS or submit the Contact Us form below.

Is the Student Loan Forgiveness Announced by the Biden Administration Taxable?