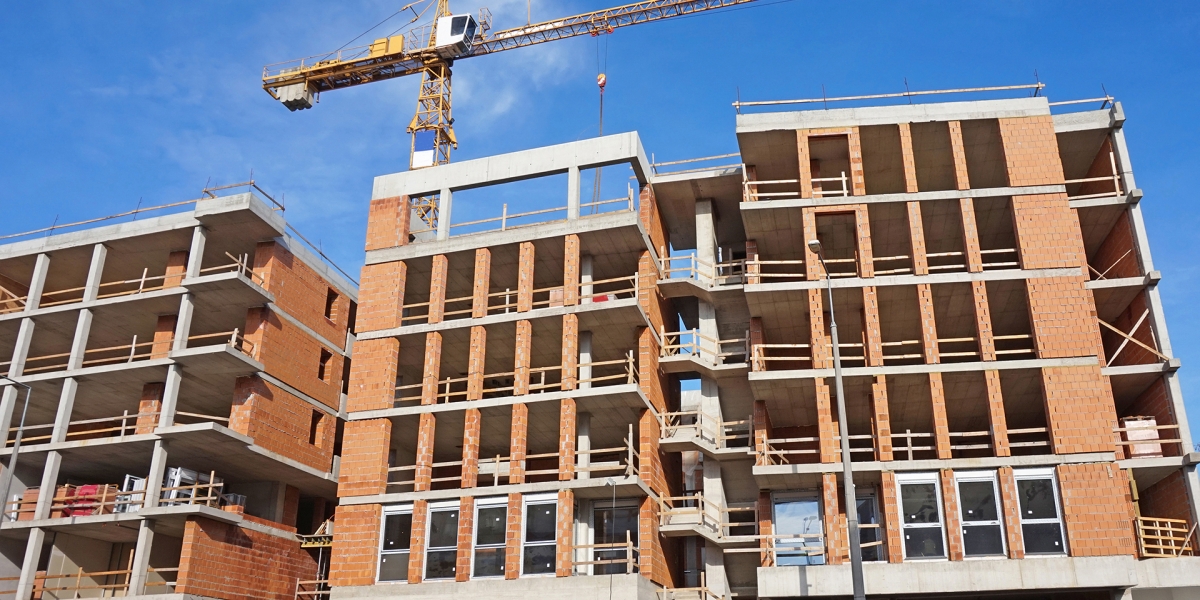 Over the last 16 years, homebuilders and multifamily developers, along with their tax advisors, have been navigating the rules of the 45L credit under constant uncertainty regarding its future application. Originally implemented as part of the Federal Energy Policy Act of 2005, the credit was never made permanent and has expired and been extended multiple times since its enactment. Fortunately for taxpayers benefiting from this credit, the days of last-minute government action is over … for now.

On August 16, 2022, President Biden signed into law the Inflation Reduction Act of 2022. This legislation included a 10-year extension and expansion of the 45L tax credit, which last expired on December 31, 2021. This long-term extension will allow taxpayers and their advisors to perform the work necessary and claim these credits with confidence for years to come. Below are some general background notes and key provisions included in this new legislation.

Under current rules, an “eligible contractor” is a person who has basis in the building during construction. This could include the person constructing the new energy-efficient dwelling unit (or manufactured home producer), or an owner who hired a third-party contractor to construct a dwelling unit to be leased or sold.

A dwelling unit qualifies under the existing rules if it meets the following criteria:

Starting on January 1, 2023, the credit amounts will adjust to $500, $1,000, $2,500, or $5,000, depending on the criteria met. The definition for “eligible contractor” remains the same, but the dwelling unit definition now could include buildings over three stories in height above grade. There also have been multiple changes to the energy reduction qualifications and standards.

For both single-family and manufactured homes, the credit has been increased to $2,500 if the dwelling unit meets ratings for the ENERGY STAR® Single-Family New Homes program. In addition, there is an increased $5,000 credit available if the dwelling unit meets the Zero Energy Ready Home U.S. Department of Energy (DOE) standard. Both standards require greater energy savings compared to the prior standards, and taxpayers should review these closely with their advisors to assess their eligibility.

For multifamily homes, the credit per dwelling unit is decreasing to $500 if they meet the ENERGY STAR Multifamily certification standards listed by location during 2023 and National Version 1.1 beginning in 2024. The credit will go up to $1,000 if the building is rated Zero Energy Ready Home by DOE. In addition, these amounts could potentially increase further per unit if the prevailing wage and apprenticeship requirements are met.

To meet the requirements, the taxpayer will need to ensure that all laborers, contractors, and subcontractors are paid during the construction of the energy project and five years after, beginning the date the project was originally placed into service, a rate not less than the local prevailing rates for construction, alteration, or repair. Along with the prevailing wage, a set percentage of labor hours must be performed by a qualified apprentice. Beginning with construction prior to January 1, 2023, the requirement will be 10%. If the project begins after December 31, 2022 but does not complete until prior to January 1, 2024, the percentage is 12.5. Finally, for any energy projects with construction beginning after December 31, 2023, the requirement is 15% of labor hours.

If the prevailing wage requirements are met, an ENERGY STAR-rated multifamily home would qualify for a $2,500 credit per dwelling unit, or a $5,000 credit if the Zero Energy Ready Home standards are met.

The following chart provides a summary of the various qualifications and credit levels available for single-family, multifamily, and manufactured homes.

Not only is this credit available for current and future tax years, but there also could be an opportunity to claim these credits for prior tax periods that are still open under the IRS statute of limitation.

If you are a homebuilder, multifamily developer, or manufactured home producer and believe you qualify as an eligible contractor for a residential property, let our team of engineers and professionals help assess your eligibility, take a look at the buildings in question, and provide you with an estimate of the amount of potential credit.

If you have any questions, please reach out to a professional at FORVIS or submit the Contact Us form below.

With margins being eroded by labor and supply shortages, cash management is critically important for construction companies. Read on for…

An amendment to a Missouri House Bill offers businesses their first opportunity to take advantage of an R&D tax credit since 2005. Read…

Sirius v. Hegar: Where Is a Service Actually “Performed” in the 21st Century?

Some organizations have concerns about whether putting effort into ESG programs is worthwhile. Read on for a look at a few myths about ESG.

In 2021, supply chain disruptions and price escalations hurt many construction companies in the United States. To help mitigate the impact…