Six Factors Your Institution Can Use to Measure Value to Students 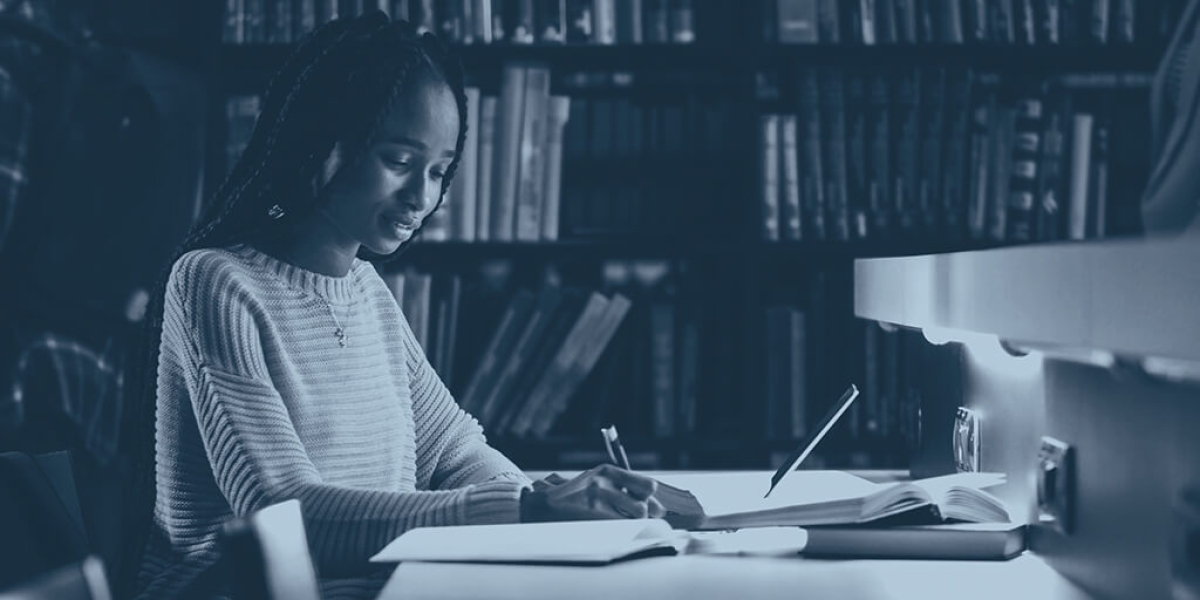 What is top of mind to those making buy or return decisions for colleges? Amid declining enrollment, increased competition, demographic headwinds, and the aftermath of a global pandemic, the key question is: What do potential students really want? A single word sums up the answer: value.

Mr. Tosin Akintola published a summary of the effect of the pandemic on higher education, which was posted to the Third Way website. It summarized the results of their 1,000-student national survey. Key findings include comments on the following:

A large majority (between 60 and 75 percent) of respondents to this large survey agreed with these ideas or comments.

Since the question "what do students really want" seems to be answered in the concept of value, how do you create and communicate that value? How do you monitor the ebb and flow of value over time?

While a thorough analysis and resolution of this issue would take more room than we have in this brief summary, perhaps the following will help provide a glimpse of a few experts’ thoughts on this topic:

“When I think about the value of higher ed, two questions come to mind. If I send my daughter or son to college, or I go myself at a cost to my family or me, will I learn something of genuine value? Second, will I finish? Will I get a credential that means I’ve earned something of genuine value?” —Kevin Reilly, president emeritus and regent professor at the University of Wisconsin System

"There is, appropriately, a robust amount of discussion about cost of higher education as well as the value of a college education. Occasionally, that conversation will extend into the difference between 'cost' and 'affordability.' What is surprisingly lacking from much of this conversation is a discussion on the concept of 'value' and measuring a student’s overall return on their educational investment. Cost is what education providers charge for their services. Value is what students determine, sometimes years later, the education they received is worth to them. If an educational program has genuine value, graduates will have mastered the latest disciplinary content, but also critical thinking, problem-solving, effective communication, ability to adapt to new technology and learn new skills, and, perhaps most important, the ability to keep learning. Those outcomes assure students that they can adjust and adapt to an ever-changing discipline, profession, and world." —David Harpool, J.D., Ph.D., President, Northcentral University

Despite the growing interest in value creation, a review of the relevant educational literature reveals that there is no generally accepted and empirically confirmed relational model of the student value creation process.

The figure below represents a summary of the thinking related to factors indicating the value of an educational institution’s higher education degrees and some thoughts on how to measure that value. 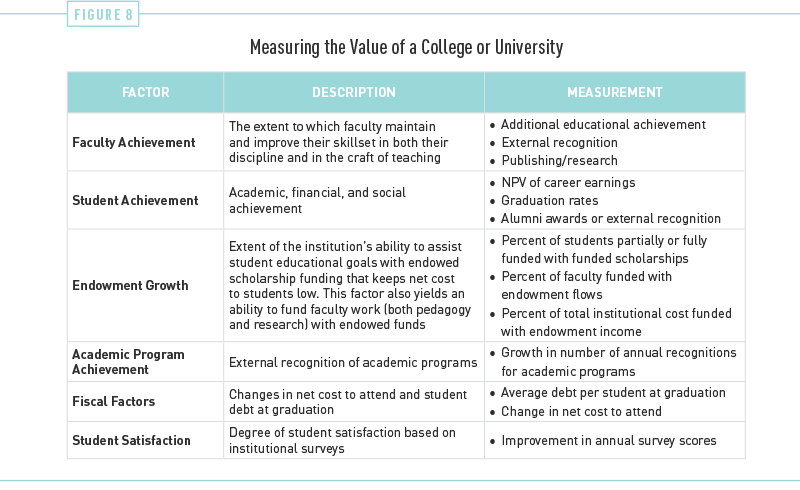 Among these students are Truman Scholars, Rhodes Scholars, Marshall Scholars, Fulbright Scholars, and others. The mentor relationships between these students and their professors are evident in the narrative that goes along with the photographs. The descriptions detail the achievements of both students and professors. This is indeed strong evidence of the high value of an education from Oklahoma State University.

In a different example, John Brown University (JBU) in Siloam Springs, Arkansas, has been committed to increasing its endowment to offer students better value. In the last 17 years, JBU’s endowment has grown from $50 million to over $168 million, which the university has achieved through gifts and through reducing its formulaic endowment spending rate from 5.75 percent to 4.3 percent. The growth in the endowment has offered value to students in two ways. Funds available to students from endowed scholarships have risen from $620,000 a year to $2,770,000, and the percentage of operating budget funded by endowment has remained about the same even as overall operating revenues have grown by an average of 4 percent a year. JBU has received endowment gifts for faculty positions to start new programs in Computer Science, Data Analytics, and Criminal Justice. It has also established a policy to raise operational endowment gifts equivalent to 25 to 50 percent of the construction cost for any new building to support the ongoing maintenance and operating costs of that building. JBU students received great value in that endowment growth in their scholarship awards, in the new academic programs available to them, and in the new facilities that depend less on tuition for their operation and maintenance.

Time for TMT Companies to Put Their Office Strategy in Place