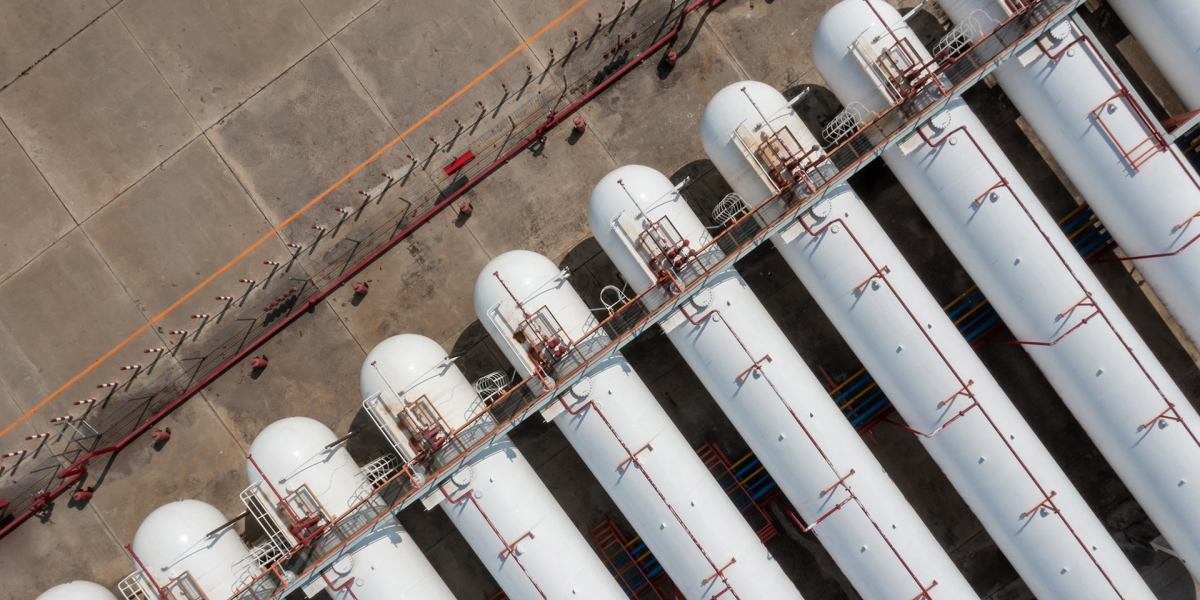 The Inflation Reduction Act of 2022 (IRA) offers nearly $400 billion in financial incentives to fight climate change in the U.S.—making it the largest investment in climate and energy in American history.

The IRA expands Section 45 of the Internal Revenue Code (IRC) by offering significant additions and adjustments to the existing production tax credits (PTCs) for energy produced from renewable sources.

Now, both renewable and nonrenewable energy companies can benefit from substantial subsidies by investing in decarbonization activities, among other initiatives, to decrease their carbon footprint.

Read on to learn about the top five PTCs available to energy companies in the U.S. and how businesses can capitalize on these opportunities.

Operable nuclear power plants have been declining in the U.S. due to high maintenance costs, competitive natural gas pricing, and market liberalization. Still, nuclear power is the country’s largest source of clean power, with 54 plants producing nearly 20% of U.S. electricity in 2021.

The IRA aims to preserve these existing plants by offering qualifying utility companies a credit amount of 0.3 cents multiplied by the kilowatt hours of nuclear electricity generated between 2024 and 2032 and sold to an unrelated party. The credit amount is adjusted annually for inflation and must be reduced by other zero-emission payments received from federal, state, or local government programs. The new credit is intended to keep nuclear power competitive with lower-cost energy alternatives.

Like many of the other tax credits in the IRA, the credit amount can be multiplied by five if certain prevailing wage and apprenticeship requirements are met.

Hydrogen has been deemed the fuel of the future, offering an eco-friendly alternative to natural gas by emitting only water when consumed. However, grey hydrogen is produced from fossil fuels, releasing large amounts of carbon in the process, while cleaner alternatives, such blue or green hydrogen, have historically been less cost-effective. The IRA aims to change that.

To encourage clean hydrogen production, beginning in 2023, the IRA offers a credit of anywhere from $0.60 to $3 per kilogram of qualifying clean hydrogen produced, depending on the level of greenhouse gas emitted from production and if prevailing wage and apprenticeship requirements are met. This is a game changer, positioning clean hydrogen in a competitive space among other energy players. Manufacturers now have a significant incentive to decarbonize their existing hydrogen supply to cleaner—and now cheaper—blue or green hydrogen alternatives.

Unlike other PTCs offered directly to energy producers, §45X of the IRC offers generous subsidies to companies producing and selling the necessary components used to produce renewable energy. Eligible components include products used in wind or solar energy production, as well as certain inverters, battery components, and critical minerals.

The credit varies widely depending on the type of component produced and sold, so manufacturers are encouraged to speak to their tax advisors to see if they qualify, and if so, how much they could save by taking advantage of the credit.

This credit is available for components produced and sold after December 31, 2022.

The IRA offers a new clean electricity production credit for electricity produced in the U.S. at qualifying facilities with net-zero greenhouse gas emissions. This credit replaces the original PTC that was process specific. That is, the technology-neutral credit extends to all utilities with zero anticipated greenhouse gas emissions, regardless of production method. This includes wind, solar, hydropower, and geothermal facilities, as well as small modular and fusion reactors.

In most cases, the new credit includes a base of $3 per megawatt-hour of electricity produced and sold, with an elevated credit up to five times base rate for meeting prevailing wage and labor requirements. A bonus credit up to 10% of the PTC can be earned by producers that adhere to domestic content thresholds by using American-sourced iron and steel, as well as other domestically manufactured goods.

This credit is available to facilities placed in service after December 31, 2024 until certain emissions targets are met or 2032, whichever is later.

Like the clean electricity production credit, the IRA provides a technology-neutral credit for transportation fuel produced and sold in the U.S. meeting certain emissions reduction factor requirements. The base credit is $0.20 per gallon, or up to $1 per gallon if wage and apprenticeship requirements are met. For aviation fuel, the rate increases to $0.35 per gallon, with an elevated rate of $1.75 per gallon for meeting prevailing wage and labor requirements. These amounts will be adjusted annually for inflation. This credit will be available for transportation fuel produced between January 1, 2025 and December 31, 2027.

By investing billions of dollars in tax incentives to encourage production of cleaner energy and domestically made products, the IRA has profoundly impacted players across the energy industry, as well as the broader economy. Businesses should now be better equipped to capitalize on the growing shift toward eco-friendly products, as clean energy, in many cases, becomes a more cost-effective option.

Taxpayers in the energy space are encouraged to speak to their tax advisor to learn how to take advantage of these new and expanded opportunities.

If you need assistance determining if and how you can qualify for the IRA’s tax credits, reach out to a professional at FORVIS or submit the Contact Us form below.

State and local governments can benefit from funding available in the Inflation Reduction Act of 2022. Read on for opportunities to…

The Treasury and the IRS have new guidance for manufacturers and sellers of clean vehicles in regard to clean vehicle credits. Read on for…

The 60-Day Clock Is Running!