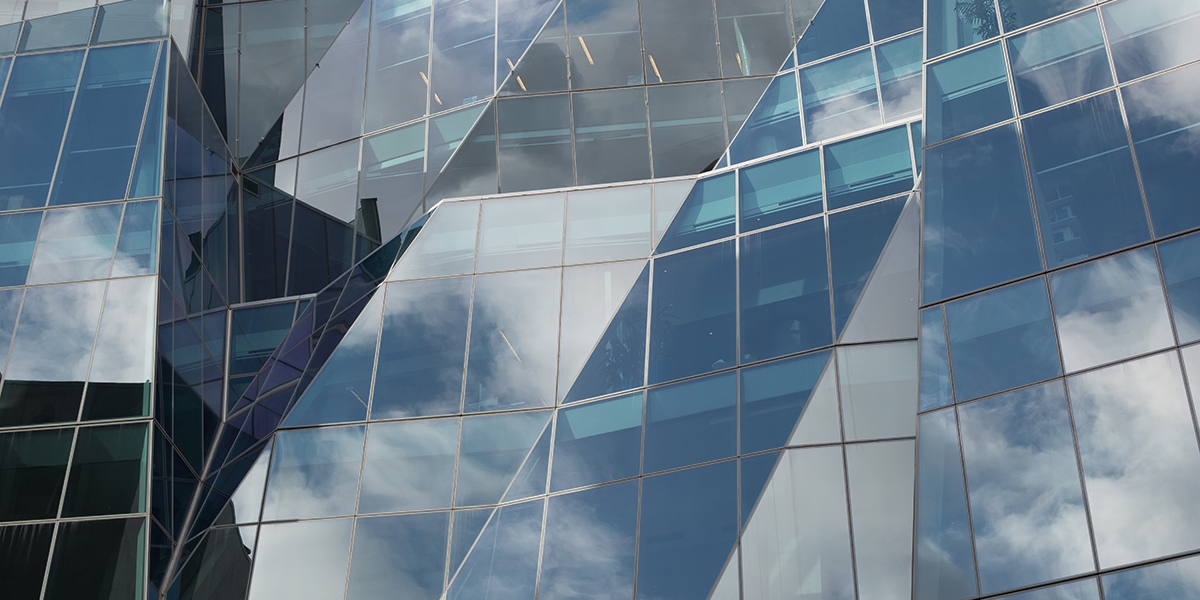 On Sept. 21, 2020, final regulations (the Final Regulations) (T.D. 9910) were released by the U.S. Department of Treasury (Treasury) and the Internal Revenue Service (IRS) on the base erosion and anti-abuse tax (BEAT) under new Internal Revenue Code[1] Section 59A, an internal revenue code provision enacted by the Tax Cuts and Jobs Act, Public Law 115-97 (2017) (TCJA). Section 59A was designed to increase the tax burden of large U.S. corporate taxpayers that are perceived to be base eroding the U.S. tax base if certain requirements are met to characterize such taxpayers as "applicable taxpayers."

BEAT serves as a minimum tax that applies to "applicable taxpayers" of an aggregate group that pay or accrue certain outbound expenses to related foreign entities. To be an applicable taxpayer, a taxpayer must be a U.S. C corporation that is a member of an aggregate group that has an average annual total of gross receipts for the three preceding tax years of at least $500 million (the Gross Receipts Test) and "base erosion tax benefits" for a year that is three percent or greater than the aggregate group's total deductions (two percent or higher for certain financial institutions) (the Base Erosion Percentage Test). Base erosion tax benefits are defined to generally include deductions for outbound interest, royalties and certain services (among other items) that are paid or accrued to foreign related entities. If a taxpayer is an applicable taxpayer for purposes of the BEAT, the taxpayer may have an additional U.S. tax liability known as the Base Erosion Minimum Tax Amount (BEMTA), which is generally determined by an amount equal to the excess of 10 percent (12.5 percent for 2026 and later) of "modified taxable income" over the taxpayer's regular U.S. tax liability. Modified taxable income is generally defined to include taxable income after adding back the taxpayer's "base erosion tax benefits" for the current year and the product of any utilized post-2017 net operating losses and the base erosion percentage for the year in which the net operating loss arose.

Waiver of Deductions Election is Finalized

Procedural Requirements for Making the Waiver of Deductions Election. The Final Regulations generally adopt the procedural requirements set forth in the Proposed Regulations by requiring taxpayers establish that they could be an applicable taxpayer for purposes of the BEAT without the waiver of deductions election and maintain contemporaneous documentation related to each deduction waived in accordance with the rules of now final, Treasury Regulations Section 1.59A-3(b)(6)(ii)(B). In addition, the Final Regulations further note that taxpayers filing the waiver election must further complete the sections included in the updated Form 8991 to be released by the IRS.

Waived Deductions for Member of Consolidated Group's Basis in Stock. The Final Regulations treat waived deductions as a non-capital, non-deductible expense that would effectively reduce a member's basis in stock for purposes of the rules of Treasury Regulation 1.1502-32.

Revocation of Prior Elections Related to Depreciation and Amortization Not Adopted. During the comment period of the Proposed Regulations, numerous taxpayers requested that the waiver of deductions election be expanded to grant relief to pre-TCJA elections for claiming bonus depreciation that require Commissioner consent for revocation, arguing that if taxpayers had known about the BEAT, no such elections would have been made. Treasury effectively rejects these requests in the preamble of the Final Regulations on the grounds that hindsight is no justification for permitting relief from making such an election.

Decrease of Waived Deduction Accounts on Amended Returns Not Granted. The Proposed Regulations permitted taxpayers to make or increase a waiver of deductions election on an amended return or during the course of an audit but denied taxpayers the ability to decrease the amount of deductions waived under the BEAT waiver election on any amended return or during an audit examination.  Tt is noted in the preamble that multiple taxpayers submitted comments urging Treasury to allow taxpayers the ability to reduce any waived deductions since taxpayers were generally permitted to increase waived deduction amounts on an amended return. Rejecting this recommendation, Treasury finalizes this rule  arguing that it could increase uncertainty with respect to the IRS's ability to assess tax return positions.

Clarification of BEAT with Respect to Partnerships

Rule Treating Curative Allocations as Deductions Finalized. In the Proposed Regulations, certain rules were included that would treat certain curative allocations as deductions for purposes of the BEAT. Mainly, under the Proposed Regulations, if a partnership adopts the curative method of making Section 704(c) allocations, the allocation of income to the contributing partner in lieu of a deduction allocation to a non-contributing partner is treated as a deduction for purposes of determining a partner's base erosion tax benefits. The Final Regulations adopt this rule with little to no change.

Effectively Connected Income (ECI) Exception Applicable to Certain Partnership Transactions. During the comment period of the Proposed Regulations, Treasury received comments requesting that the ECI exception in Treas. Reg. 1.59A-3(b)(3)(iii) be applied with respect to certain partnership transactions. The ECI exception in Treas. Reg. 1.59A-3(b)(3)(iii) generally provides that a base erosion payment does not result from amounts paid or accrued to a foreign related party that are subject to tax as income effectively connected with a U.S. trade or business. Acknowledging taxpayer requests, Treasury expands the ECI exception in the Final Regulations to certain partnership transactions subject to certain procedural requirements being satisfied.

"Reasonable" Approach for Determining Aggregate Groups in Certain Circumstances. In the Proposed Regulations, Treasury reserved comment in situations where a member of an aggregate group leaves, has a short taxable year, or has different taxable years than other members in the aggregate group. In so doing, Treasury noted that taxpayers should adopt a reasonable approach for determining the aggregate group and its attributes in such situations. The Final Regulations generally adopt this reasonableness standard by providing clarifying guidance with respect to timing of the tax year end for a member for purposes of the applicable taxpayer test and which members may be included in the aggregate group in certain scenarios. In clarifying the reasonableness standard for applying the applicable taxpayer test, Treasury specifically notes in the Final Regulations that excluding the base erosion tax benefits, gross receipts and total deductions of an aggregate group member who does not have a taxable year ending with or within a short taxable year of a particular taxpayer does not satisfy the reasonableness standard and includes clarifying examples to help clarify the reasonable approach standard.

End of Day Approach for Applying the Applicable Taxpayer Test for Members Leaving and Joining Aggregate Group. The Proposed Regulations provided guidance for determining the Gross Receipts Test and the Base Erosion Percentage Test for situations in which a member leaves or joins a taxpayer's aggregate group by noting that only the gross receipts, base erosion tax benefits, and total deductions that occurred during the period in which the member was an actual member of the aggregate group be considered in such taxpayer's applicable taxpayer test. This regulation was effectuated by a rule that treated the joining or departing corporation as having a deemed taxable year end that occurs immediately before such corporation joins or leaves the aggregate group. In response to comments requesting for a more simplified approach, the Final Regulations adopt an end of day approach for determining the deemed taxable year end for such situations. More specifically, under the Final Regulations, the  taxable year end for a member is generally deemed to occur at the end of the day of the transaction triggering the change to the aggregate group and a new taxable year is deemed to begin at the beginning of the day after such transaction.

The Final Regulations relax the anti-abuse rule in the Proposed Regulations for certain basis step-up transactions that have the effect of increasing basis of acquired property by a taxpayer in a non-recognition transaction if the principal purpose of such transaction is not to increase the taxpayer's base erosion tax benefits and certain requirements are met.

The Final Regulations appear to be mostly taxpayer favorable and provide much needed clarity with respect to items included in the Proposed Regulations. While the Final Regulations clarify a variety of key items, Treasury notably did not provide clarifying guidance with respect to the interaction between qualified derivative payments and the Base Erosion Percentage Test but did note in the preamble that it will be studying this relationship in future guidance.

With the retroactive effect afforded to applicable taxpayers in the Final Regulations, certain taxpayers may wish to revisit their prior year computations of the BEAT to determine whether claiming a waiver of deductions election is beneficial on an amended return.

It is DHG's recommendation that taxpayers contact their tax advisors to assess the federal income tax effects of these Final Regulations including the potential impact of the BEAT waiver of deductions election and to avoid any unintended future consequences that may arise with respect to Treasury's clarifications included in the Final Regulations. For more information or questions, you can reach out to us at tax@dhg.com.

[1] All "Section" references are related to the Internal Revenue Code of 1986, and the regulations promulgated thereunder.

The Colorado Taxpayer’s Bill of Rights (TABOR) calls for extra tax revenue to be returned to taxpayers this year. Read on to see who…

New Ohio legislation creates a workaround to the $10,000 SALT deduction cap and creates an elective entity-level tax on qualifying PTEs.

Thinking about investing in cryptocurrency? Check out the first part of this series for insights on some factors that affect the valuation…

The IRS has provided FAQs and tax rates for the newly reinstated superfund chemical excise taxes effective July 1. Read on for details.